Marc Cohn wrote one of my all-time favorites songs. I was 11yo back in the mid 90s, listening to "Walking in Memphis". I had no Idea what Beale was. I hardly knew Memphis. But I've heard of it, because my favorite NBA player went in College there. 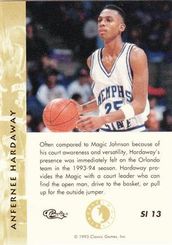 I was singing along having no idea who Muriel was, or reverend Green. You can't blame me for Muriel[1]. Today reading the background story myself, I found out that reverend Green was the Al Green. I discovered Al Green in Florence 20 years ago inside a car. The song playing from the car's audio system was... Simply Beautiful. I am reading the lyrics without the music. I can't ignore the fact that Al Green doesn't need the lyrics, the lyrics need Al.

Sometimes I think what an interesting image that is. A little boy vacationing with his family in rural Greece; listening from a Walkman, a custom made compilation cassette. One of his picks is "Walking in Memphis" and he is obsessed with it. I bet Marc could not imagine this while walking in Beale street around the year I was born.

References and associations are a powerful concept. I was a kid, someone gifted me a Rock Compilation CD[2]. I saw a title containing the word Memphis. I knew Memphis from Penny Hardaway. The piano comes in and then a guy sounded like Joe Cocker, which I knew. I bet if Wikipedia was a thing back then, I would definitely be in a path to explore Al Green immediately.

My father, as the proper nerd that he is, made sure we had as PC and an internet connection even back in the early 90s. Wikipedia was not a thing, but Music Central was.

Music Central series, was an amazing source of knowledge for me, especially the short clips that included parts of songs or live performances. I discovered so much there. Artists like the Dire Straits and Patti Smith. For example it included a part of This performance. I couldn't get enough of those clips.

more from the blog

Ok, Cloudflare I am leaving

Aseprite is so much fun

Hey, you are visiting an ancient web space. This website resides here since 2006. Explore this ancient space with love and peace.

If you want to send some spam or anything else, my email is [email protected]

You can follow my blog updates using this RSS feed